IEBC Board of Directors 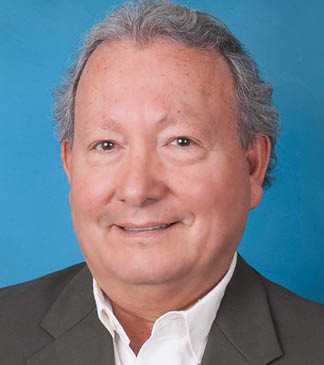 Dr. Omero Suarez, an educational leader for over 30 years, served as chancellor of the Grossmont-Cuyamaca Community College District in San Diego County California from 1998 to 2009, when he retired. He brought his extensive leadership experience and administrative skills to the two-college district from his former role as Deputy Chancellor for the City Colleges of Chicago. Additional leadership positions include serving as President of East Los Angeles College and founding president of the Valencia Campus of the University of New Mexico. He continues to serve as a Leadership Coach for Achieving the Dream, California Guided Pathways Project, and IEBC’s Caring Campus Initiative. As a Leadership Coach, Dr. Suarez has consulted with community colleges in Arizona, California, Michigan, Nebraska, Texas, and Washington.

He is recognized as a change-agent focused on creating pathways for equity and access to higher education for all students. Dr. Suarez earned his doctorate in Administration of Higher Education from the University of Oklahoma in 1981; Master’s degree in Counseling Psychology from the University of Nebraska; and a Bachelor’s degree in Spanish from Chadron State College in Nebraska.

Dr. Suarez has worked tirelessly to strengthen the educational pipeline from K-12, to the community college, to the university. He championed pioneering data-sharing agreements that facilitated and enabled instructional improvement throughout K-16. Additionally, Suarez worked to develop model transfer initiatives that resulted in streamlining the educational transfer pathway for students from the community college to the California State University system and the University of California system.