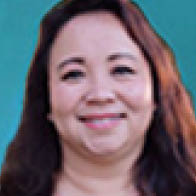 Jenny Dang Vinopal is a passionate educator with over 15 years of experience in higher education. She joined the team at IEBC in October 2019.

Vinopal led the development of two nationally recognized programs, Guardian Scholars and California College Pathways. At the California State University Office of the Chancellor, she led the implementation of California College Pathways which expanded postsecondary educational opportunities for students from foster care in all institutions of public higher education. She also served as the director of several campus support programs including the Guardian Scholars at Cal State Fullerton and the Renaissance Scholars at Cal Poly Pomona where she developed on-campus support services that ensure admission, retention, and graduation for former foster youth. As the Director of Programs at California Youth Connection (CYC), she led the statewide advocacy organization serving youth from foster care. She has developed countless programs to support the leadership development of young people and created networks of partnerships in all regions of California. Jenny is an alumna of the University of Southern California School of Social Work and earned her bachelor’s degree in human services from Cal State Fullerton.