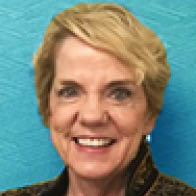 Dr. Jo-Carol Fabianke served as the Vice Chancellor for Academic Success for the Alamo Colleges from 2012 through 2017 working with the five colleges in the district on academic initiatives focused on increasing student success. Her leadership roles included building collaboration among the faculty across the colleges since the District joined Achieving the Dream in the first cohort in 2004 and serving as the lead for the AACC Pathways Program. Since her retirement, Dr. Fabianke has been involved with pathways and other academic initiatives with colleges across the country. She served as a coach for AACC Pathways 2.0 and works with the Texas Success Center’s Texas Pathways Program.

Her initial assignment with the Alamo Colleges was as professor at San Antonio College where she taught for 24 years and received the Texas Excellence Award before advancing her career to leadership roles, including serving as the first Director of Institutional Effectiveness, Co-director of the Reaffirmation of Accreditation and District Policy Liaison. She was the first vice president of academics at Northwest Vista College. Through these roles, Dr. Fabianke demonstrated her ability to work with disparate groups toward consensus through clarification of options, resolving issues, and understanding the needs of various stakeholders. Fabianke earned her BA in Business Administration and her MA in Business Education from the University of North Texas and her EdD in Higher Education Administration from Baylor University.