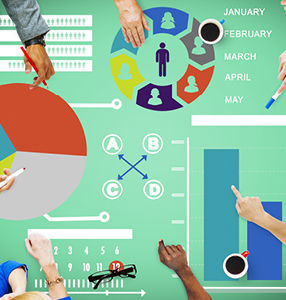 Another way to do and measure philanthropy to produce direct measurable results.

In a recent Wall Street Journal column, Sean Parker, the co-founder of Napster and the founding president of Facebook, called on the philanthropy community to do what he and his fellow digital pioneers did to create today’s tech giants: “‘Hack’ complex problems using elegant technological and social solutions, and an almost religious belief in the power of data to aid in solving those problems.”

“While philanthropists like to talk about impact, they seldom have the tools to measure it,” Parker wrote. “This has led to a world in which the primary currency of exchange is recognition and reputation, not effectiveness. These incentives lead most philanthropists to favor ‘safe’ gifts to well-established institutions, resulting in a never-ending competition to name buildings at major universities, medical centers, performing arts centers and other such public places.”

“How to” — selecting the right tools for the job.

Parker is right. There’s another way to do and to measure philanthropy. And although he proposes a great idea for solving some of our communities’ most vexing problems, he leaves the “how to measure” up to the philanthropists. The success of his great idea will depend on philanthropists figuring out which data and which metrics are most effective to solve problems and advance a better way. A critical tactic, and one I believe Parker would support, is to focus more on leading indicators and metrics that can signal success or failure in time to make a difference.

Getting a better understanding of what data and information is “in time” and what is “too late” for action is imperative.

For example, lagging indicators are the big goals for philanthropy — increasing college success rates, reducing crime, increasing healthy choices, providing more play space in a community. They are the targets toward which all giving should lead.

Leading indicators, on the other hand, are the metrics designed to inform impact at the local project or initiative level that should lead toward the foundation’s big goals or lagging indicators. They are the measurable goals toward which grantees’ activities are directed; and provide early warning signals for projects not headed in the right direction. Leading indicators can direct stakeholders to where and who needs attention at a point in the continuum where that attention can make a real difference. A key attribute of leading indicators is that they influence lagging ones.

Let’s discuss a real-world example. Philanthropy has dedicated much time and resources toward improving graduation rates. But graduation rates themselves are lagging indicators. By the time that data is available in a given setting, it is too late. The students who dropped out are already gone.

But using leading indicator data sets, such as whether students are showing up for class, completing assignments, successfully completing a course, persisting to the next term, and meeting with advisors and faculty can identify earlier which students are at risk. These leading indicators help highlight problems while there is still time to institute meaningful fixes.

The Capital Area Food Bank (CAFB) in Washington, D.C., is a good example. Using sophisticated data mapping the food bank discovered unexpectedly high rates of hunger in the suburbs. Data confirmed significant need in the poor parts of Washington, but surprisingly relatively upscale areas such as Reston, Va. were also found to have a significant need for food-bank services.

Looking at trends and multiple indicators CAFB uses data to be more responsive and accurate in allocating the right foods in the right places at the right times. The result is less waste and more nourished families. All of this provides a targeted, more nuanced, accurate picture of community needs that informs their own work, but also helps inform donors and the larger community. More people become aware and invested in solving hunger. An interesting next step would be to bring more of this data to life to tell a compelling, timely story about hunger and food waste to address myths and misconceptions that get in the way of greater progress.

While competition and secrecy keep a lot of philanthropic hacking Parker proposes underground in the tech world, there is no reason why philanthropy cannot open source its experience with data use. The focus should be on “What works best for whom under which conditions?” and not simply “Does this work?”

Food banks and the family foundations engaged in “impact investing” profiled in the New York Times are prime candidates for an approach that ensures grant dollars yield better results. Philanthropists like the Russell Family Foundation, the TKF Foundation, the Houghton family’s Triangle Fund and others who are dedicated to making a tangible difference will be in a better position to do so with data signaling success (or not) early and often.

It would be sensible for the Council on Foundations, Independent Sector, and others supporting philanthropy to provide member foundations and nonprofits guidance in providing their grantees the right leading metrics at the right time to be more responsive and successful in meeting philanthropy’s big and little goals.

The philanthropy community’s approach to “impact giving” is changing; and using leading indicators to inform data-driven efforts will lead the way.